Speaking to the plastics industry this week, Professor Schot asks if the sector is ready to face the implications of a rapidly changing world.

At DPI, the Dutch Polymer Research Platform’s twentieth anniversary annual meeting, Schot questions which vision of the future the industry foresees. One where the current mode of plastics production and consumption continues, slightly adapted, yet not radically altered, to take us into a second age of plastic to rival the first? Or one where shifting industry and consumer attitudes mean we tip quietly over the next 50 years into a post-plastic age?

Heralded as the future in the 1950s, the plastic-fantastic revolution foresaw few of the consequences that now blight modernity’s poster-child material.  Polymer, meaning ‘many’ (poly) and ‘parts’ (mer), has lived up to its word.  If the status quo prevails, according to the journal Science Advances, over 13 billion tons of plastic is expected to be in landfills globally by 2050. 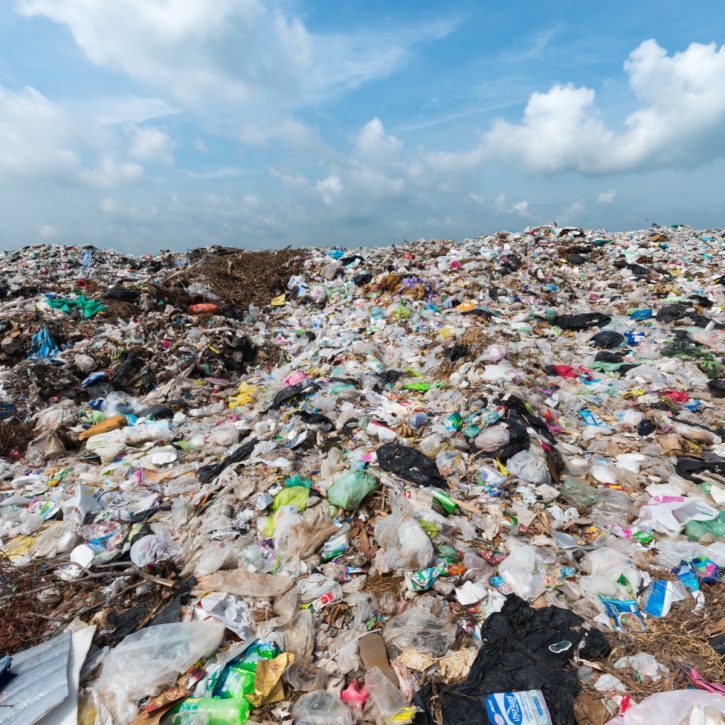 Over 9 billion tons of plastic has been globally produced since the beginning of the first plastic revolution. Source: Science Advances, 2017

Our ‘plastic soup’ oceans, now mean too that the planet’s marine life has started to altered due to the digestion of micro-plastic particles. Polyethlene has arrived in our food chain – a gamechanger by any standards. How the industry listens to and deals with the ramifications of its residue will heavily influence its future.

Sea-life including marine earthworms and mussels now have micro-plastic particles passing from their digestive tract to their tissues. Source: National Centre for Ecological Analysis and Synthesis, Current Biology, 2017

Using a Sustainability Transitions perspective and principally, Professor Schot’s theory on the ‘Second Deep Transition’, he invites the sector to think about how failing to pay attention to alternative niche methods and materials could threaten their incumbent plastic ‘regime’.

Further, if other industries such as transport and food start to quietly alter due to consumer, market and government pressure, and fossil fuels become more expensive and renewables cheaper, where does this leave the future of polymer? In another 50 years’ time, could we have transitioned beyond this most ubiquitous, synthetic, convenient and durable of substances?

Schot assesses: “The Deep Transition perspective does not predict the future, it is an analytical lens to assess deeper change processes which operate below the radar and it connects the dots. It shows how history opens up new opportunities.  The plastics industry has a choice to be their own maker or be subject to the consequences of change and transformation in other sectors and the globe. Like the world, it has its own Grand Challenge.”

Professor Schot’s presentation from the event will be available shortly.

Look out for the forthcoming blog – A Post-plastic Age by Stealth?