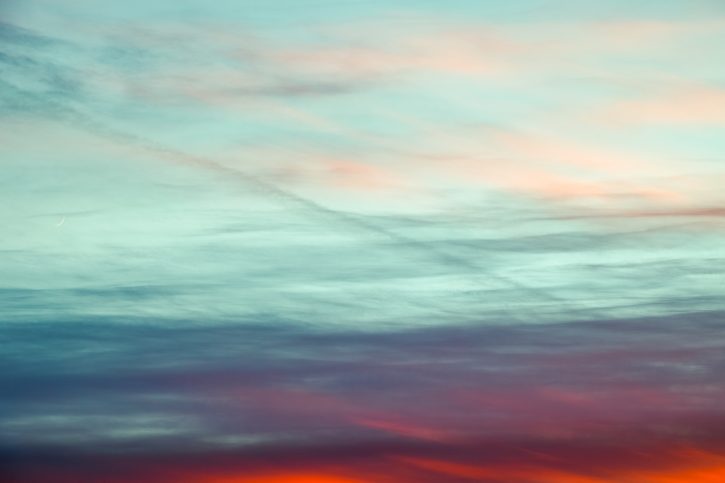 “The governance of emerging technology is like the dance on a knife’s edge: One step too far in one direction, and you might have created a monster that cannot – or hardly – be controlled. A well-known example for this phenomenon is the development of weapons-grade nuclear technology in the USA in the 1930s and early 1940s. One step too far in the other direction, however, and you might have a complete moratorium on your hands, barring any research or development in this direction, even if it might be beneficial to society. The space for action between doing all and doing nothing – or more precisely, doing all and prohibiting all – is narrow and difficult to maintain (Collingridge 1980, 19).

This is particularly salient in the case of geoengineering: a set of diverse, but mostly highly technological approaches to intentionally modify the global climate on a large scale in order to counteract the effects of anthropogenic climate change. While none of these approaches have been developed on a large scale to date, they are being researched and arguably are unavoidable if the ambitious warming limits of the Paris Agreement under the UN Framework Convention on Climate Change (UNFCCC) are to be adhered to.

Scientific and other academic experts play an important role in this governance process, as the discussion of geoengineering takes place to date, not in political, but in academic circles, and as the situation is fraught with uncertainty which motivates policy-makers to turn to experts for advice.  However, it is the argument presented in this post that governance practice lacks a mechanism that allows for the incorporation not only of expert knowledge, but also for the divisions that are inherent among researchers without blocking research and, if necessary, the development of technological approaches to social problems. We need a mechanism that allows us to strike a balance between the two extremes of ‘doing all’ and ‘prohibiting all’.

Technology is what human beings create in order to solve material problems (Heidegger 1954, 13). Our highly technological age bears witness to various examples of technology being devised – and applied – not only to address individual, but also social challenges: For example, digital technology is used in various democratic states to counter decreasing voter turnout. Genetic modification technology is discussed as a potential way to lessen the pressure of global hunger by introducing hardier food crops.

Physicist Alvin Weinberg called this practice of devising or applying technology to address social challenge the ‘technological fix’. He argued that some social challenges might be addressed better through ‘clean, crisp’ technology than through arduous and conflict-prone ‘social engineering’, i.e. political governance (Weinberg 1966, 5). A ‘technological fix’ to address the challenges posed by anthropogenic climate change has been discussed in academic circles for some time: geoengineering. This umbrella term encompasses diverse approaches: Among them are stratospheric aerosol injection, through which particles would be deposited in the stratosphere to reflect back a fraction of the energy transported by the sun, and ocean fertilization which aims at increasing the growth of algae in the ocean in order to increase their CO2 intake.

Geoengineering is, by no-one involved in this field, discussed as a replacement of political climate governance (or, in Weinberg’s parlance, social engineering): Political deliberation and implementation of mitigation efforts – for example, exemplified by the annual Climate Summits of the members of the UNFCCC – are not to be circumvented, but rather supplemented through geoengineering. The aim of last year’s Paris Agreement of limiting global warming to “well below 2°C above pre-industrial levels” (UNFCCC 2015, 2) may not be attainable without negative emissions. These could be provided, for example, through geoengineering technology.

But the governance of these diverse approaches proves elusive: To date, political deliberation on geoengineering is very limited. Most members of the public have not yet heard of the term, and most actors involved in climate governance are hesitant to talk about it. What if widespread awareness of these approaches reduces willingness to accept the economic and political costs of aggressive mitigation efforts? This state of affairs, I argue, is problematic. While anthropogenic climate change already engenders noticeable effects, they can be expected to increase in quality and quantity in the decades to come. The pressure on policy-makers will rise to address these effects quickly and effectively. Without previous political deliberation of geoengineering, experience and knowledge about these approaches can be expected to be low among policy-makers and the public alike. Thus, when Washington D.C. actually does drown because of rising sea levels – if that is, science fiction author Kim Stanley Robinson’s scenario from Green Earth, does become reality – the relevance of researchers to inform what to do will increase. This is entirely unproblematic as long as one assumes scientists to be objective knowledge-creating machines (Beck 2015, 287).

However, this assumption is difficult to maintain. From the perspective of Science and Technology Studies (STS), scientific researchers do not simply articulate objective truth. In the words of STS scholar Sheila Jasanoff: ‘Scientific knowledge […] is not a transcendent mirror of reality. It both embeds, and is embedded in social practices, identities, norms, conventions, discourses, instruments and institutions – in short, in all the building blocks of what we term the social.’ (Jasanoff 2004, 3, see also Jasanoff 2015, 37)

This is particularly relevant in the case of geoengineering: Studies on the academic discussion on geoengineering have found that it is characterized by an outstanding degree of polarity: “Most peer-reviewed climate engineering literature […] emphasizes either the potential dangers of climate engineering or the climate change consequences of refraining from considering the research.” (Linnér and Wibeck 2015, 255) Geoengineering governance needs a mechanism to incorporate not only scientific knowledge, but also these polarities, these scientific discordances.

The incorporation of academic knowledge through expert advisory groups is common practice in policy-making (Kaiser and Schot 2014). For example, the Intergovernmental Panel on Climate Change (IPCC) informs, through its assessments of the state of knowledge on the climate, the decision-making in the context of the UNFCCC. International Relations theory offers a framework to study the influence of coherent academic groups on policy-making: the Epistemic Communities framework (Haas 1992, Cross 2013). However, what about the influence of non-coherent, polarized expert groups, as in the case of geoengineering? What if academic actors do not agree, but rather contest each other on what the state of knowledge tells us and what should be done? How does one understanding of an issue become dominant, and thus relevant for in policy-making, while others do not?

In order to ensure that not only the dominant understanding of an issue, but all its facets and features, are carried into the political process – in short, in order to reflect the controversy prevalent in academic discussion properly – a new mechanism is needed. Neither the current practice of expert incorporation nor the theory of influence of experts in policy-making is up to this task. However, as early as 2010, geoengineering researchers Ken Caldeira and David Keith proposed that geoengineering research should adopt a blue/red team approach: ‘Wherein one team is tasked with showing how an approach can be made to work, and another team is tasked with showing why the approach cannot produce a system that can actually diminish environmental risk at an acceptable cost.’ (Caldeira and Keith 2010, 61)

This approach could be adopted for policy advisory on geoengineering as well. At the same time, the make-up of the academic discussion on geoengineering needs to be studied in more detail in order to inform theoretical assumptions on the influence of experts in policy making. In this way, it might prove possible to remain on the knife’s edge: to prevent all-out development of a potentially dangerous technology while also preventing a moratorium that might stand in the way of beneficial findings from research.”

Jasanoff, S. (2004). The idiom of co-production. States of Knowledge. The co-production of science and social order. S. Jasanoff. London and New York, Routledge: 1-12.