Home Blog How the Car Became King in USA 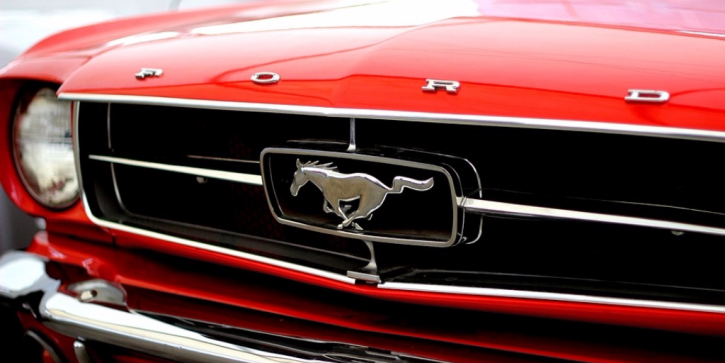 How the Car Became King in USA

Daily mobility in America is, for the majority, all about the car. Car culture is the culture. Society in the US and the UK have been shaped both positively and negatively by automobiles and all it takes to propel us around in them (or not as the case so often is when stuck in your second rush-hour traffic jam of the day). But how did cars become so dominant? It wasn’t so at the turn of the 20th century and even now with climate change worries, when alternatives are championed in answer to the car’s negative effects, the motor remains mighty resilient. Who made it king? Interestingly, it wasn’t exclusively business to do so. People – the users of cars – played a far weightier role than previously thought.

New research, from Schot and Kanger at the Science Policy Research Unit at University of Sussex, centres on the US car story to show how people in society play a vital role throughout a transition to alternative systems and cultures. The research shows that surprisingly right the way through, it is also the users of the new transport technology that are at the forefront, alongside businesses, driving the change throughout. We may think that ultimately it is large advertising budgets or the ‘dark art’ of marketing in big business and corporations that see a product or technology adopted by the mainstream but this research points to why and how people-power matters in taking technologies along certain paths. Earlier transition research stressed the role for people at the onset as producers and then, at the end of the transition to the new technology, as consumers. However, this fresh perspective shows the importance of users throughout, particularly in the foot-down, acceleration phase (also referred to as the ‘bandwagon’ stage in diffusion studies). People don’t just tinker at the edges. We are fundamental all the way through when building new systems and cultures. If we are to ever imagine an ‘after-the car’ society, we need to understand how our current one began. Take a look in the rear-view window at the transition to car-culture, then we have the potential to ‘unmake’ it with new routes and routines. People, the users, play distinct and significant roles.

This is a journey of three parts. Taking the long-view, the research describes how individuals and groups created the car and its culture to make it the dominant choice.  The study looks at how cars went from an outsider ‘niche’ to fully dictating mainstream mobility. The first stage of the transition is the Start-up phase. Users’ daily routines are challenged and new ones are experimented with. During the next stage, the Acceleration phase the old system – so here the horse and cart, tram or rail – is weakened and hollowed out. Alternative collective routines become the ‘new normal’. Finally, during the Stabilization phase, a prevailing set of shared ideas and routines around the ‘car as king’ became the mainstream system and culture.

Individuals and groups of individuals, alongside business, held the keys to the car’s ascent. The five main players identified are: User-Producer, User-Legitimator, User-Citizen, User-Intermediary and User-Consumer. Each type is neither exclusive nor static. People move between types at different stages. At each stage of the story, certain types become more important to the societal change. Ultimately, and most importantly over time, the collective took part in a deep shared experience which redefined the US’s accepted routines, regulations and norms. So who are these types that drive change?

Meet the ‘User-producers’. They do the constructing, tinkering, modifying and improving of the technology, in this case, the automobile. User-producers are key to the innovative Start-up phase. The history of technology shows this to be pertinent time and time again. The embodiment of the US car industry, Henry Ford, can be defined as a user-producer when the emerging niche first fired up. He, as many other inventors of the time did, started with building his own machines before progressing to his mass manufacturing business, symbolically synonymous with the quip: ‘You can have any colour you want, as long as it’s black’.  During this phase over a 1,000 DIY cars were registered as ‘self-made’ in the Detroit area alone showing the appetite of User-producers at this time. Drivers literally created and drove their own. 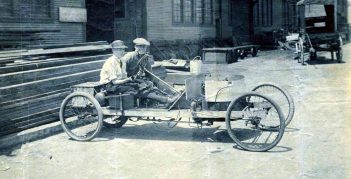 If User-producers made them. User-Legitimators sold the idea of them. They made people believe in the value and worth of the car. They help provide knowledge to aid cultural acceptance. These groups of people were key when ‘anti-auto’ acts of deviance occurred over concerns with safety and suitability. The culture and ideas around the car started to be assembled by such organisations as Automobile Club of America (ACA). However, their ‘elitist’ positioning and activities propelled other User-legitimators to become active, such as the Automobile Association of America (AAA), who moved the conversation and associations from upper-class pursuits of ‘touring and racing’ to the more mainstream, middle-class and everyday. This led the US society into the ‘Acceleration phase’ (no pun intended..!) of car dominance where the use of the car spread through further types of users. 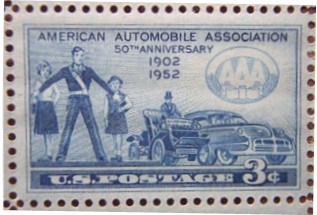 User-Citizens and User-Intermediaries began to become influential too. User-citizens are the activists, challengers and agents of social change and opinion-formers. User-Intermediaries typically create and influence the necessary networks. During the rise of the automobile, they created credibility with specific knowledge and practices which helped make mainstream the car ‘niche’. These groups created car-clubs that ran initiatives to convert public sentiment through activities such as ‘raffles and free rides’. They helped create the car infrastructure and routines – providing such paraphernalia as maps and road signs; establishing regulations; and offering driving courses to recruit more enthusiasts. The Acceleration phase came in the shape of the widely distributed Ford Model-T and reached a peak in 1929 when over 50% of American families were by then proud owners.

During the Acceleration phase, users that tinkered or altered the product were whole-heartedly discouraged by the new range of manufacturers. Significantly, the influence on society now moved to the ‘User-Consumers’. User-Consumers, or lead-consumers, adopt the new technology early to embed it in their daily life thus making it essential and desirable. A fleet of new ways to ‘consume’ took off. The car became a necessity for the everyday amongst young people and families alike – from the ‘drive-in’ for dating; to weekly (rather than daily) shopping trips; and for longer distance socialising with friends or relatives.  Users as legitimators also turned the car’s story into one of ‘status and freedom’. Many present day users now stuck on LA’s ring-road or in a New York city centre traffic jam would give this sentiment of ‘freedom’ an ironic eye-roll and heavy sigh.  However, these first ideas formed the hard-to-shift beliefs still held about the car today. The Acceleration phase saw car-lovers move from the defence to the attack, managing to side-line other competitive transport options such as rail. Issues like congestion were presented as about an inadequate road system, not therefore tacit to car use. Road-safety became the responsibility of all not just the car driver. Cars had become king and ruler of everyday life.

These first consumers and legitimators aided mass take-up to push the car through into the ‘Stabilization phase’ where the transition from niche to mainstream becomes complete. The car was everywhere and the ‘rational’ choice. Users became predominately unquestioning. 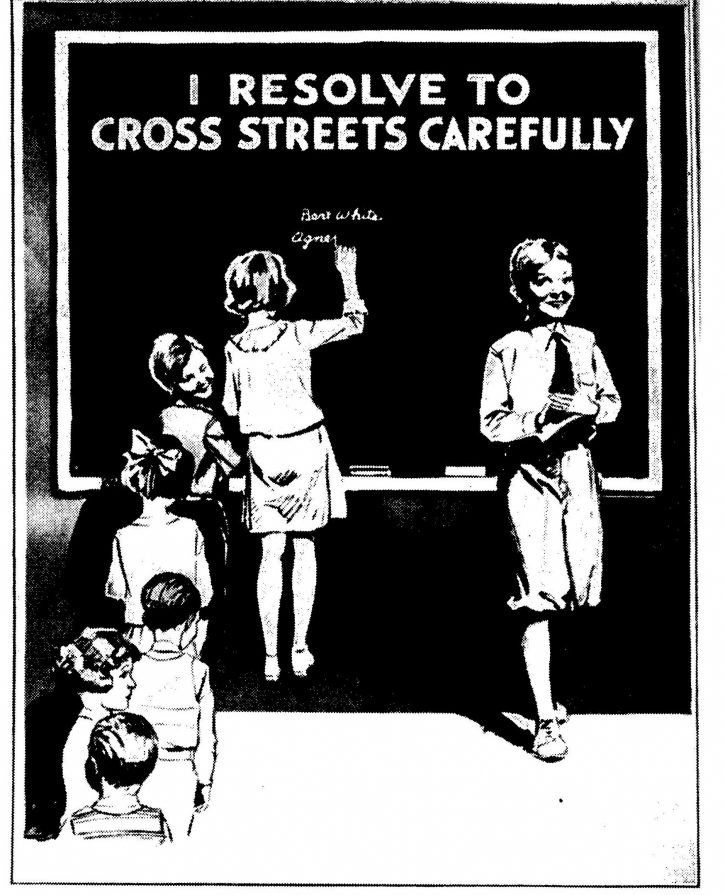 Powerful lobby groups dominated as citizens with any concerns virtually disappeared. With the absolute acceptance of the car as supreme, the US mobility system had, ironically, become stuck, kerbed and immobile.

Where will the voyage to the next dominant transport choice take us?   What this research shows, throughout the transition to new paths, people’s actions and influence count. Governments and business cannot change systems by just educating a passive population into action. This analysis demonstrates a much more collective and collaborative process is required with people taking on many user roles during that societal change. New behaviors will come when we alter our mobility system sufficiently so that new routines and behaviours can ‘anchor’. Policies and initiatives should therefore encourage people to produce and create; to fully activate fresh and exciting ‘niches’; to experiment; to develop new visions and ideas; to influence and campaign; to build networks and opinions on production, consumption and regulation to activate and push-through the transition phases. People and groups can take momentum then from realising they do potentially have influence and power to help bring about a different, dominant 21st century mobility system that is truly, well, mobile and capable too of navigating us right into the 22nd. 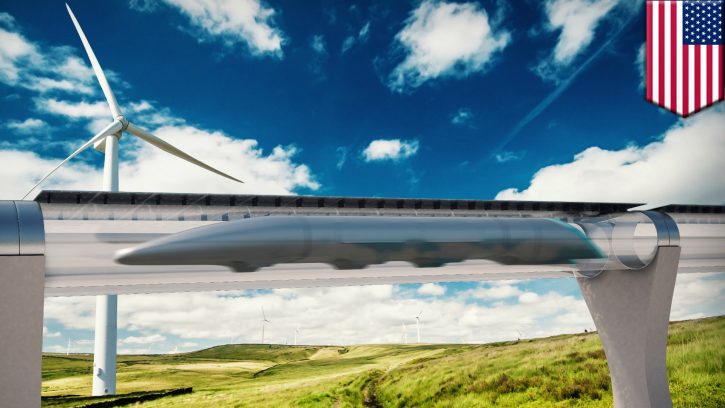 This blog by Geraldine Bloomfield is based on the research paper by Johan Schot and Laur Kanger.