Home Blog What role for local actors in system change? Fighting climate change in the UK 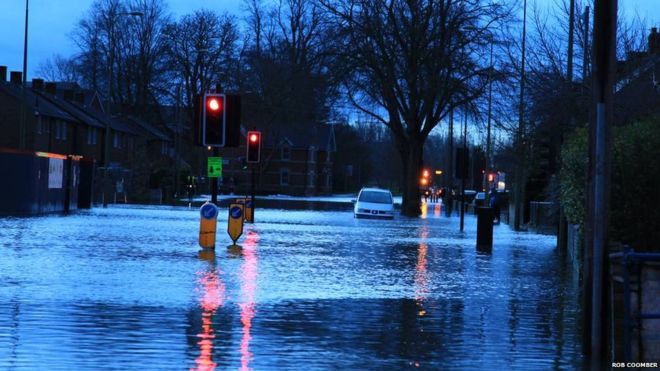 What role for local actors in system change? Fighting climate change in the UK

Ruth Mayne, Oxfam’s senior researcher on the effectiveness of influencing, reflects on some

personal influencing she was involved with before (re)joining Oxfam.

In the development world we often emphasise the importance of strengthening community action but is it really possible for local, rather than national and international, actors to contribute to system change? And if so, why and how does this happen, and under what conditions?

Building on Duncan Green’s new book, I want to share some learning about how grass roots action can contribute to system change. Although focused on local carbon reduction efforts in Oxfordshire, the insights are relevant to other development areas characterised by socio-technical transformations, such as health and agriculture.

Somewhat unusually, I was involved in both making local change happen as a resident and subsequently researching it with colleagues at the Environmental Change Institute where I was working at the time. We decided to use the Multiple Level Perspective of Transition Theory – a type of system theory – to help analyse county-level efforts to build a low carbon economy. This theory sees change as occurring through the interaction of three system levels that are characterised by their degree of resistance to change:

As the niche level operates outside the mainstream it is seen as an important potential source of change in contrast to the ‘regime’ which is understood to be largely characterised by ‘lock in’. Opportunities for system change can occur when ‘niche-innovations’ build up momentum (e.g. through the demonstration effect, price/performance improvements or support from powerful groups) and changes in the ‘landscape’ (e.g. climate change, energy insecurity) put pressure on and destabilise elements of the socio-technical regime (manifested in changes in government policy, practices etc), which in turn creates windows of opportunity for niche-innovations to spread.  A related field of Transition Management analyses how platforms of government and other national level actors – known as ‘transition arenas’ – can help steer transitions through innovative visioning, and planning, and nurturing niche innovations.

Using Transition Theory as our framework we identified a ‘pre-development’ stage in Oxfordshire (pre-2001)  characterised by the uncoordinated development of  low carbon ‘niche innovations’ by local authorities and community groups including waste reduction, renewable energy, energy conservation etc.  This was followed by ‘take off’ stage (2001-2008) characterised by an increase in the number of low carbon community groups (LCCGs) and the emergence of more coordinated innovations. During this period three local intermediary organisations were formed with support from the County Council and the Environmental Change Institute. They facilitated shared learning between communities enabling both a growth in the number of low carbon communities and niche innovations. This activity was given added impetus by increased ‘landscape’ pressures from climate change including the unprecedented summer flood of 2007.

A social network analysis carried out by research colleagues (below) shows the dense flows of information and practical support between local organisations that contributed to one of the densest networks of low carbon community groups in the country. Complementary research shows how these groups in turn help change residents’ energy practices (regime).

Receiving of information by survey respondents. Node size is proportional to number of other groups who said they receive information from them

An intensification of the ‘take off’ stage occurred from 2009 onwards marked by the emergence, replication and growth of ‘promising’ innovations. This period saw the creation of two local ‘transition arenas’, further local flooding (landscape pressures) and the strengthening of some aspects of government policy (regime changes) particularly the introduction of the Feed in Tariff (FiT) in 2010. The latter incentivised the local generation of clean energy and enabled new business and funding models to be established, and dialogue with government.

The carbon reductions, demonstrated by monitoring and evaluation data, prompted Oxford city council to invite us to co-design a grant application to government aimed at scaling-up and replicating elements of the model via the establishment of a county-wide social enterprise (the Low Carbon Hub).

If a favourable national policy environment had been sustained or strengthened Oxfordshire might have moved into an ‘acceleration phase’ of the transition.  However, a reduction in the FiT, damaging changes to home energy policy and an ambitious local economic growth drive have slowed this development, hopefully temporarily, although local actors continue to seek new business models, spread innovations, and widen public engagement.

The use of system theory helped highlight how interactions between system levels can promote and constrain change. However, on its own it does not necessarily tell you much about the purposeful change strategies that actors use to contribute to system change.  So in our research we grouped and assessed local actors’ strategies according to whether they were down-stream with residents (engagement, empowerment, innovation, adoption of low carbon technologies, behaviour change), midstream with other local actors (dissemination, growing and mainstreaming) and/or upstream with national actors (influencing national government).

In the initial period local actors in Oxfordshire expended most of their energy on achieving down- and mid- stream change. The subsequent weakening of the national policy framework arguably now highlights the need for a greater emphasis on upstream strategies to influence government policy.  There are hundreds of low carbon communities around the country with considerable (often untapped) sources of soft power linked to the legitimacy they derive from being ordinary citizens (vs professional campaigners), their voluntary action and their practical knowledge.  Although as volunteers they are highly time-constrained, with funding and support from national actors, they could play a valuable role in a mass public campaign aimed at ensuring a relevant, strong and equitable national policy framework and incentive structure to support the low carbon transition.